From the first appointment with Sam, he had a clear idea of what he wanted to achieve out of his loft space.

Initially, the new master bedroom and bathroom were being built for Sam’s teenage son, giving him a lovely space of his own while studying at college and moving him out of his smaller current bedroom. With the plan of Sam moving up into the room himself once his son goes off to university.

Having already had the plans drawn up, we talked through the project and I made a few suggestions which I thought would improve the overall space achievable. Also playing with different locations of certain things to maximise their effect. A few examples of this would be my instruction to extend the bathroom further, using more of the available loft space and reducing the unneeded storage space while still keeping inside of the maximum allowable meterage of 50 cubic metres allowed under permitted development. This gave greater scope for the bathroom layout and gave the final finish a more open and free-flowing feel. Another element I suggested was to alter the position of the flat roof Velux window. Sam’s architect had placed it in a position that didn’t maximise its full potential. By moving it, we created more natural light over the entire stairwell and landing area.

I kept sam up to date daily on the progress and invited him up into the loft at different stages so he could get a feel for his new space. As with most clients, Sam wanted to maximise natural light in the bedroom, so i asked if he had considered having aluminium bi-fold doors instead of the uPVC french doors that were spec’d. Sam loved the idea, so I got the doors spec’d and costed and went ahead with fitting them. Needless to say, Sam is over the moon with them. They did cost more but paired with the single pane glass balcony, they really transformed the room.

One element of the project that i felt was an absolute must, but again not on the architects original specifications was to have all the staircase parts ie, the newel posts, spindles and handrails match the existing perfectly. I had the joinery company i use turn everything in house. This added quite a lot of extra expense to the overall cost of the staircase, but i knew it would make it look like the loft had been there from when the house was built so i covered the additional cost personally.

I thoroughly enjoyed working with Sam on his conversion and i think he was a little sad to see us go, we all got on great and had a good laugh throughout. The whole project went great (even with the rain) and the schedule of works was kept on track to completion. 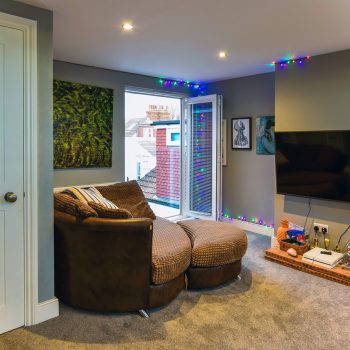 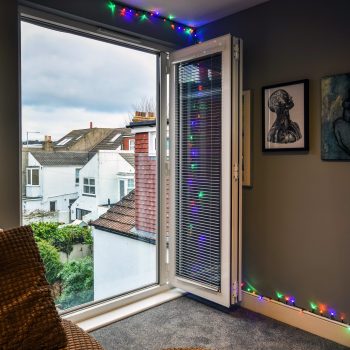 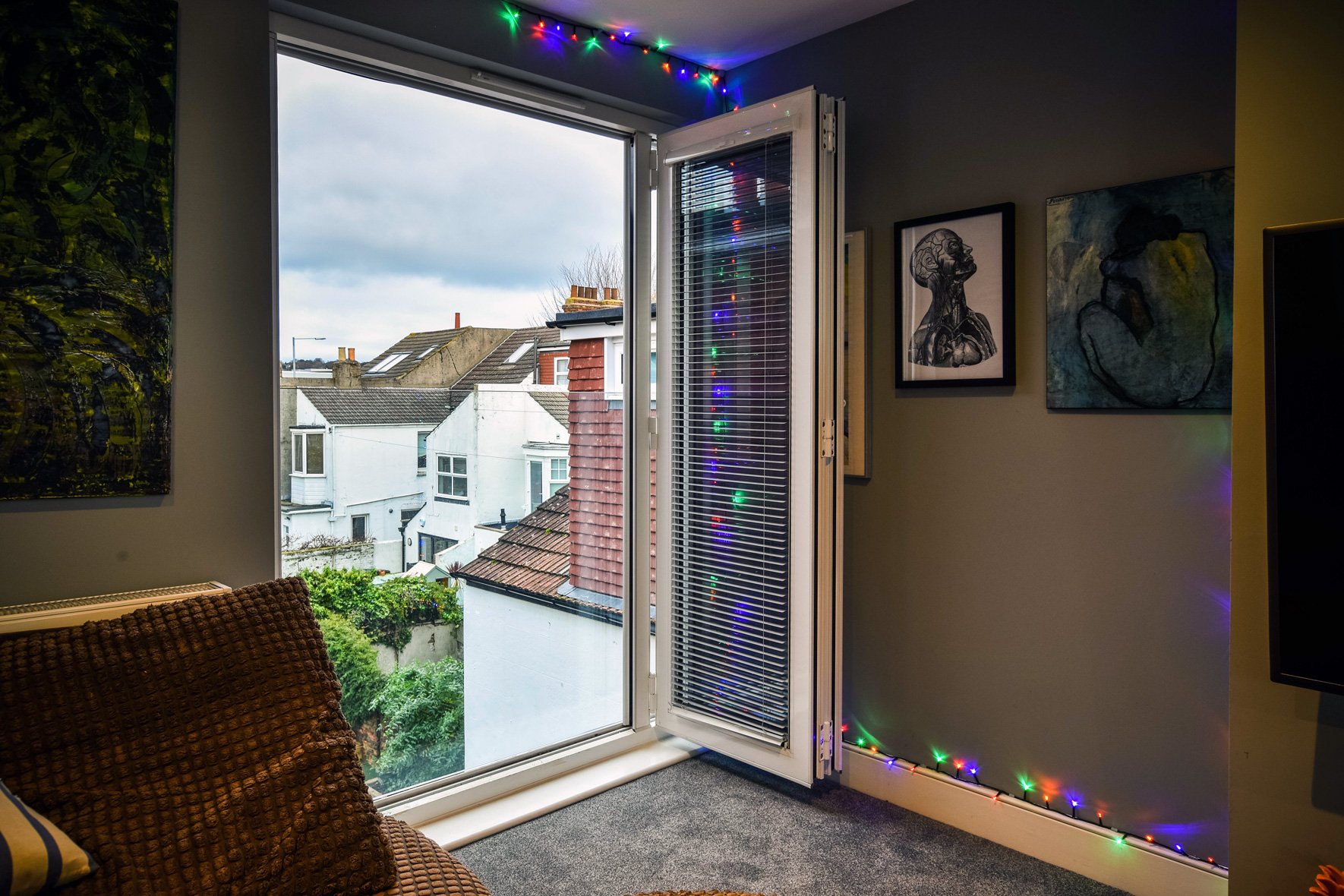 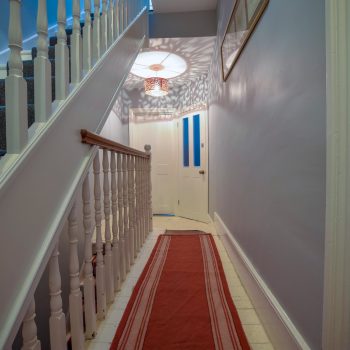 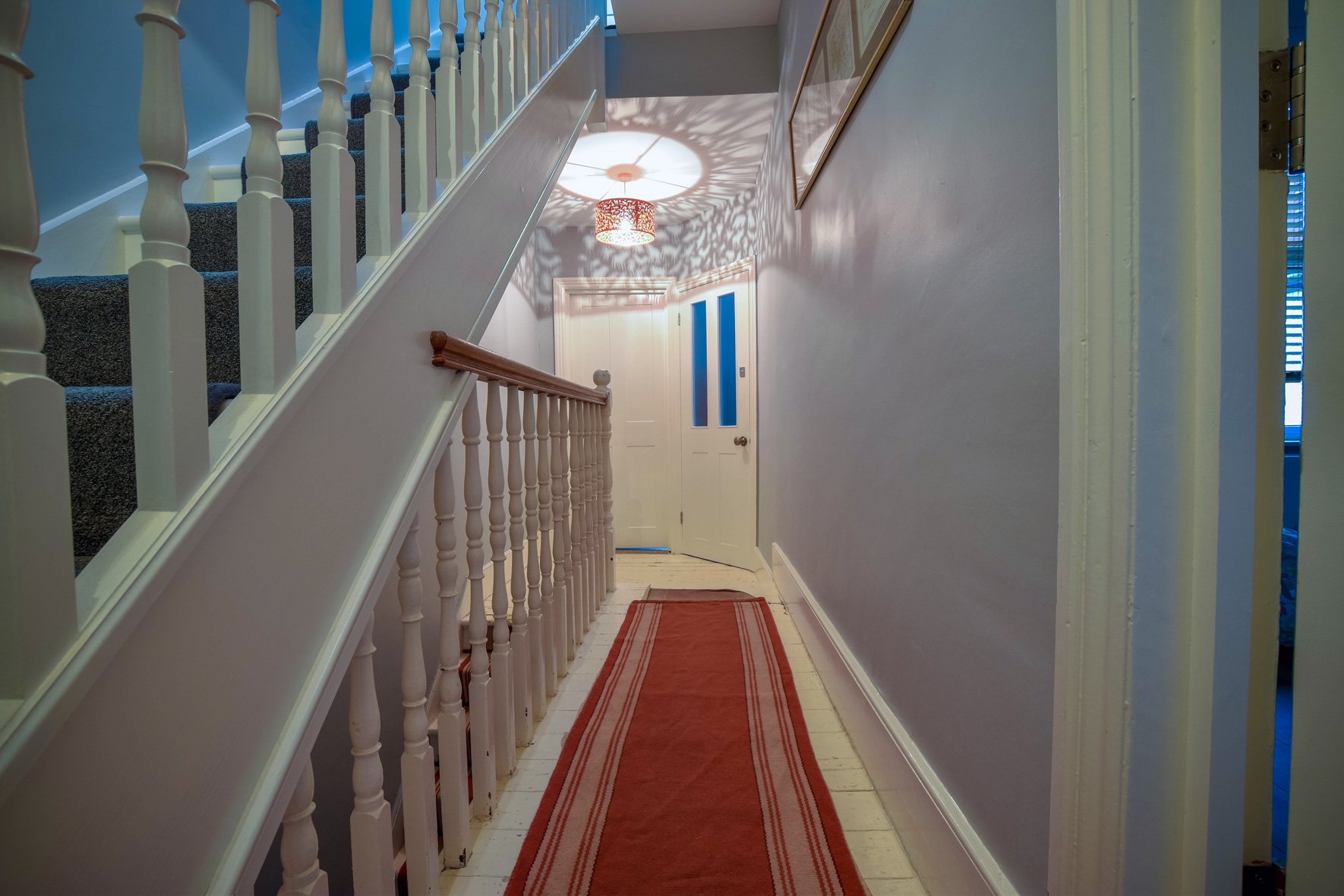 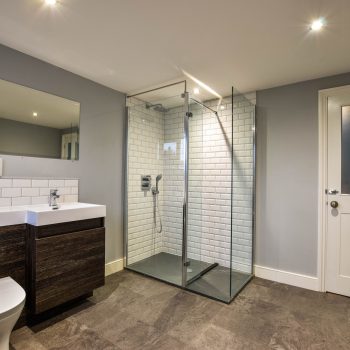 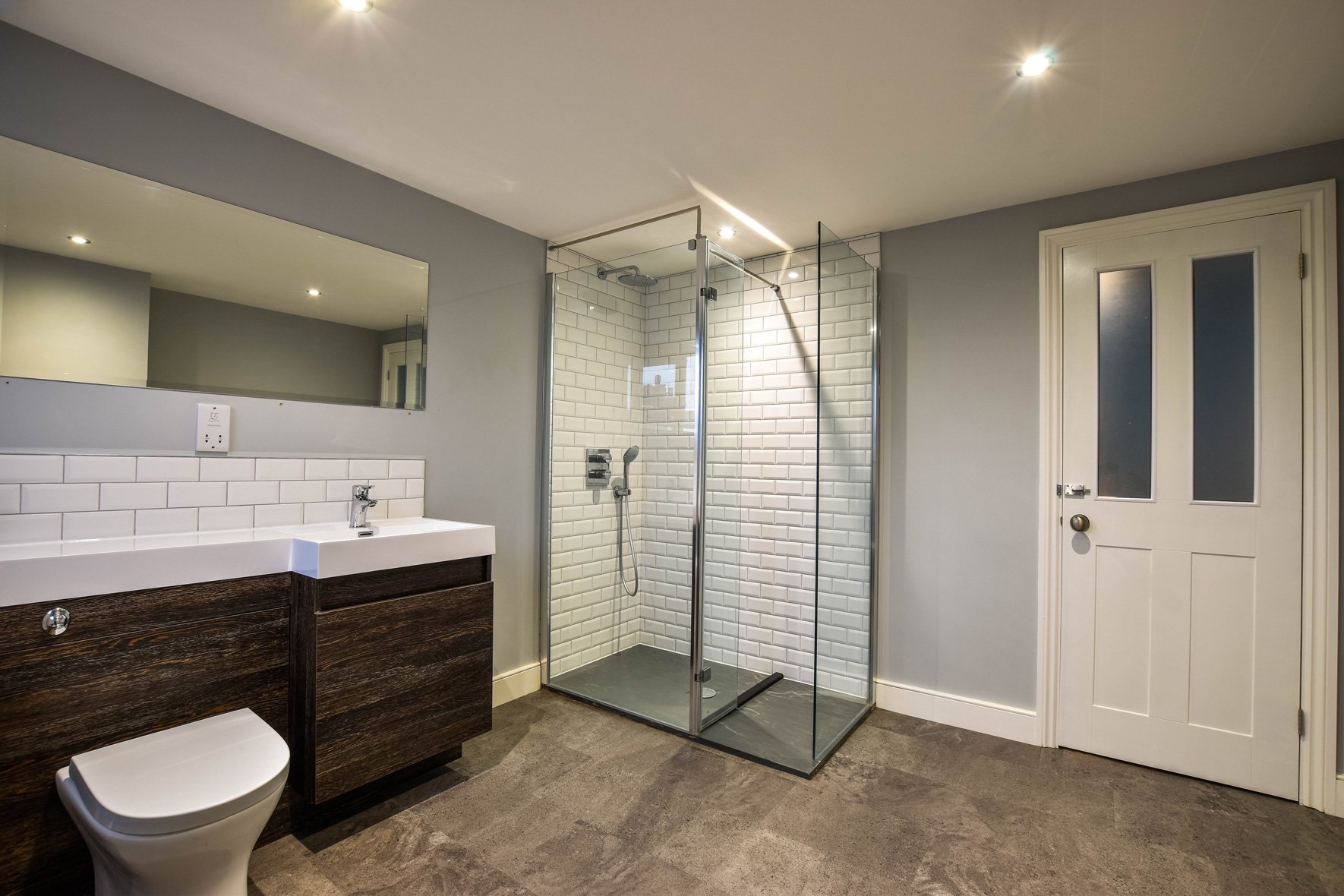 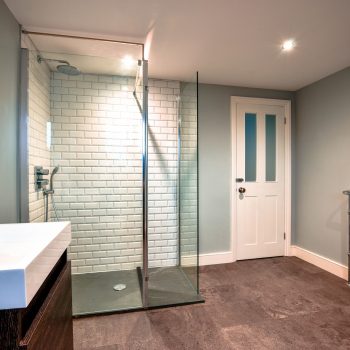 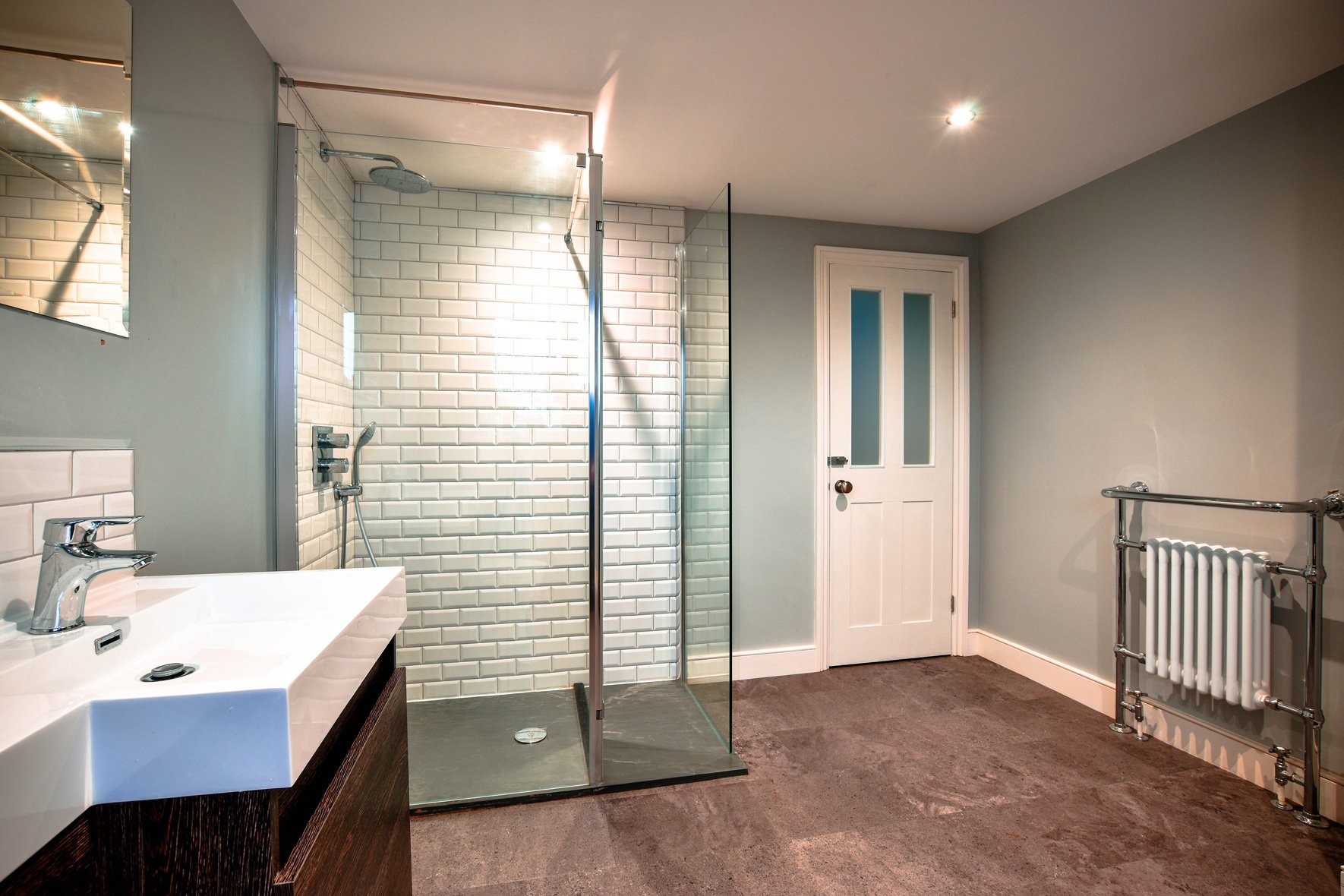 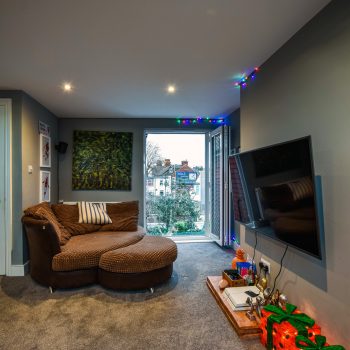 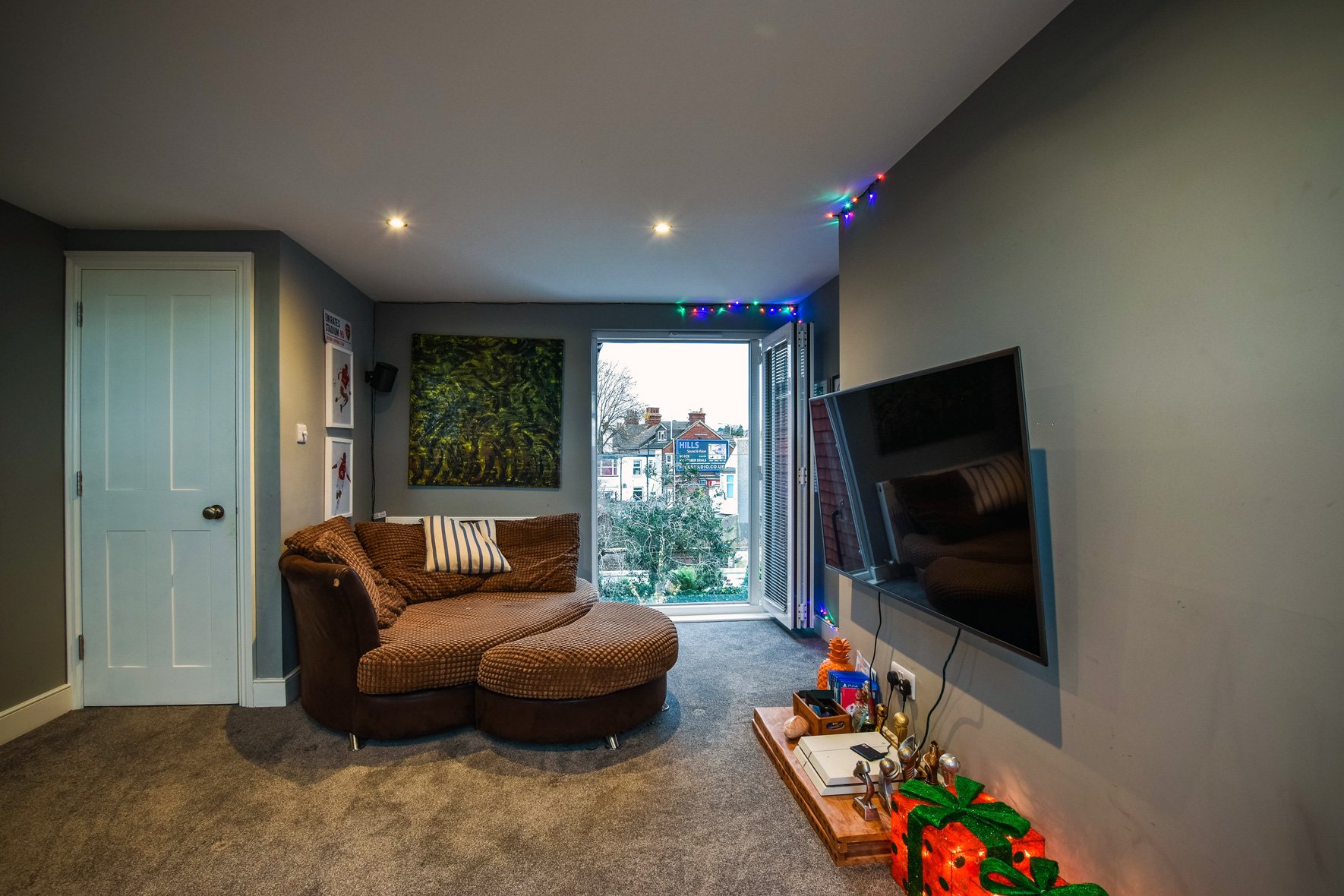 What our customers say

I’ve had a lot of building work done over 20 years of owning houses, and Oakwood have been the best value, the highest quality and the most fun to have around.

French escape window in the bathroom

This website uses cookies to improve your experience while you navigate through the website. Out of these, the cookies that are categorized as necessary are stored on your browser as they are essential for the working of basic functionalities of the website. We also use third-party cookies that help us analyze and understand how you use this website. These cookies will be stored in your browser only with your consent. You also have the option to opt-out of these cookies. But opting out of some of these cookies may affect your browsing experience.
Necessary Always Enabled
Necessary cookies are absolutely essential for the website to function properly. This category only includes cookies that ensures basic functionalities and security features of the website. These cookies do not store any personal information.
Non-necessary
Any cookies that may not be particularly necessary for the website to function and is used specifically to collect user personal data via analytics, ads, other embedded contents are termed as non-necessary cookies. It is mandatory to procure user consent prior to running these cookies on your website.
SAVE & ACCEPT
Call us